Wikipedia is much more than the world’s known, collectively created online encyclopedia. Deeply hidden in the ecosystem of free knowledge, a lot is flourishing and thriving. So does the Wikipedia Courier. For the BERLINALE there is an EXTRABLATT – a feminist one. We join in!

Since 2003, “Wikipedia Kurier” has been the independent internal newspaper of the Wikipedia community. Not neutral, not encyclopaedical – as Wikipedia usually claims to be. Entertaining, informative, collectively corrected and unbelievably versatile, it reports what moves Wikipedia and Wikipedia authors.

The authors also want to make a difference: That’s why BERLINALE EXTRABLATT is less about glitz and glamour. It is mainly about fighting the gender gap in Wikipedia as well as in film, culture and art.

Collaborative writing and editing marathons are held regularly – not only – but always on International Women’s Day. Since 2014, Wikipedia has been writing against the invisibility of women. Under the label Art+Feminism.

Wikipedian Chî wrote a long, notable article on the gender gap in the Wikipedia Kurier on 17.01.20. A short excerpt:

90% of all contributors to Wikimedia projects (WMF) worldwide in 2018 were men – only 9% were women (see gender graphs and other materials on gender distribution).

In the English-language Wikipedia, the proportion of women in over 1.5 million biographies in 2018 was 17.67%.

Projects such as Women in Red and Art+Feminism are working to reduce this gap. 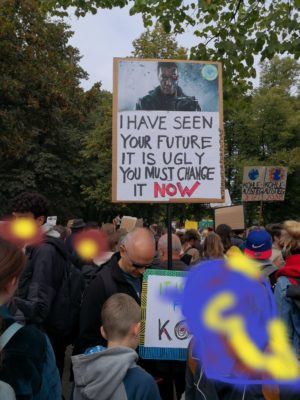 Meet us in Cannes